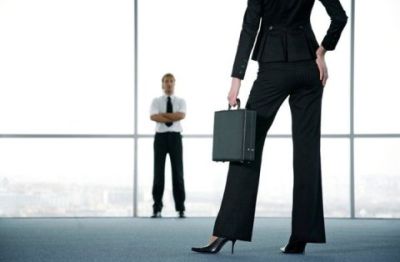 Women in the Labour Market in Ireland

At the beginning of the twenty-first century, gender inequality continues to be an important issue characterizing women’s position in the Irish society. Something that actually seems quite strange for a country that has a strong legislative framework for equality and non-discrimination dating from the 1970s, following its membership of the EEC. But still the problem exists and, in particular, its origin can be attributed to the fact that the Irish Constitution continues to designate a restricted socio-economic role for women, recognizing them only a limited position primarily at home as mothers. The policy-making system lacks a commitment to gender equality in practice.

In the era in which the importance of gender equality is widely preached, substantial differences between men and women can be observed in the Irish labour market. Firstly, women’s employment rates are significantly lower than men’s rates, especially if middle and older age groups are considered. However, even though these differences are still present, they have been narrowed in the last years. Secondly, a significant gender pay gap – estimated at 14.4% in 2013 – is generated by several factors, including women’s primary responsibility for care, the fact that women’s work and skills are undervalued, the low number of women in senior and leadership positions, gender segregation on the labour market and discrimination against women. Moreover, even the rate of part-time employment is highly gendered, continuing at a high level accounting for 35% of women’s employment compared to 13% of men’s in 2014.

This is not the usual female victim’s complex, but there collected data speaking clearly are present. Casualization of working conditions and low pay have become endemic for women, especially with reference to those who work in care, hospitality and retails job. In particular, this is a fact that can be identified as a consequence of both austerity policies and employer-centered flexibility.

Surely the solution is not to take note of the situation and sit idly by. As a matter of fact, recent developments regarding the gender equality issue involves the so-called National Women’s Strategy (NWS), planned for the period from 2007 to 2016. It is the Government’s core policy document for women’s equality, linked to its commitments under the Beijing Platform for Action (1995) and developed on three main themes: women’s socio-economic opportunity, wellbeing and equal engagement as active citizens.

However, since the NWS is defined mainly as an aspirational document, it lacks specific commitments concerning budgets lines, targets and lines of responsibility. For this reason, the National Women’s Council of Ireland (NWCI) sustains the priority of all Government budgetary measures’ analysis from a gender perspective. In particular, the NWCI advocates that a revised NWS has to reflect the continuously evolving situations of Irish women, with reference to their roles in both paid work and in care work.

Will Ireland be up to date for the beginning of the next decade? It will be interesting to see how the Country will face this particular equality issue. But probably this question should be asked also to others.