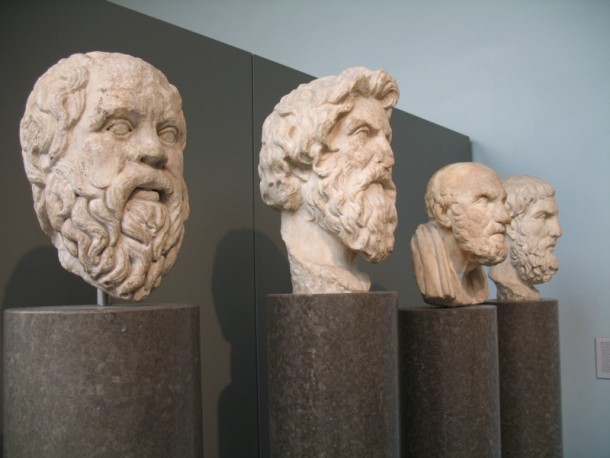 SERIES: Freedom of Expression | A Right Not Yet Consolidated

With freedom of expression we are facing, from a linguistic perspective, the conceptual union of two words that possess substantial philosophic-historic connotations. They also embody one of the most controversial and difficult to implement fundamental human rights in human history; it has been subjected to numerous debates and controversies. For it many have fought, suffered, and those that have bravely defended it have been persecuted. Today, its definitive consolidation is not yet a reality mainly because of our civilization.

Many philosophers have stated the concept of freedom since ancient times until today. The idea of fighting for freedom of thought has been a constant throughout the history of humanity. Without pretending to be exhaustive and in a reflective manner I will name, among others, some of the greatest thinkers that contemplated this topic.

Greek philosophy deepened the quest for freedom through its foremost figures. For example, Heraclitus, a philosopher of process and progression, conceived it as something intrinsically related to the law of change that dominates the universe. For Socrates, freedom of thought and free discussion were basic elements and he was even accused of trying to subvert the youth with these teachings. Plato, on the other hand, defined freedom of expression as an individual phenomenon, something that developed internally for each person. Aristotle tightly linked this idea with a human’s will and free disposition but respecting the natural and moral order of the world.

Following this stroll down the history of philosophy, in the 5th century, Saint Augustine reflected upon the metaphysical origin of freedom. By the Middle Ages, Saint Thomas considered freedom a power that spurred from reason, which concedes us the capacity of choosing.

The Renaissance brought forth the resurgence of humanism and a new conception of men and the world, a superior view than that of the old medieval principles. Mankind confronted its environment with a new perspective, looked at the world through a different lens. Important inventions, such as the printing press, allowed the circulation of ideas and thoughts in their different manifestations.

The Modern Age was seen as the triumph of values like progress, communication, and reason. It is the time in which the modern State was consolidated thanks to the recognition of an individual’s dignity as the essential core of political-philosophical thought. It is the moment in which fundamental rights are outlined and contemplated with the rigor and depth the topic requires.

Descartes, one of the greatest ideological advocates of this period, never doubted about the idea of freedom, although he manifested a contradiction when linking human freedom to certain determinism mediated through understanding.

It is important to mention a great thinker, representative of modern liberalism: John Locke. To him we owe one of the greatest maxima of liberalism represented under the conviction that sovereignty comes from the people and the recognition of life, property, liberty, and the right to happiness as the birthrights of men. The State justified its existence by being the only organism that protected the aforementioned.

In the 8th century, two important political texts represented the turning point for freedom of expression:

There are many articles that mentioned freedom and concretely freedom of opinion, press, and conscience that were reflected upon in articles 10 and 11.

In article 10 it said: “No man should be bothered because of his opinions, neither for his religious ideas, when these are expressed in a way that does no harm to the public order established by law.” This idea was further explained in article 11, where it is explicitly stated that: “Given that free communication of thoughts and opinions is one of the most valuable rights of men, any citizen can freely speak, write and publish, apart from when responding to the abuse of this freedom in cases determined thus by law.”

From them, the First Amendment, directly related to freedom of expression, press, religion, peaceful assembly and appealing to the government, expresses itself thus:

“Congress shall not approve any law through which an official religion is adopted by the State or that prohibits the free practice of it or that restricts freedom of expression or of press or the right of the people to peaceful assembly and to appeal to the government the reparation of grievances.”

From a historical point of view, in Spain, this right was reflected in different types of guidelines since the 19th century. Firstly, the short-lived Bayonne Constitution of 1808, in its article 145, prescribed the establishment of freedom of press for two years after the Constitution was completely accomplished. Later on, the Constitution of Cadiz of 1812, clearly influenced by the French Declaration of 1789, determined it in its article 371: “All Spaniards have freedom of writing, and printing and publishing, their political ideas without any need of license, revision, or approval before publication under the restrictions and responsibilities established by the law.” Afterwards, this right appeared in the Printing Press Rulebook of 1834 and in the printing press laws in 1837, 1864 y 1868. The next constitutional statement appears in the constitution of 1869 that expressively valued the rights of citizens, emphasizing that of freedom of expression. The Constitution of 1876 didn’t bring forth any game-changing novelties and the Constitution of 1931, with a decree as complement, implied a clear support to freedom of expression and constituted, as additional guarantees, the exigency of a judicial commandment in order to withdraw book and newspaper editions; also the impossibility of decreeing the suppression of newspapers without an existing firm punishment.

After the periods of human history that were dominated by dictatorships in which exercising freedom of expression was deeply affected, we move on to the Constitution of 1978, which brought to light the interest to protect this right in this new democratic era. Concretely, article 20 recognizes and protects the rights to express thoughts, ideas, and opinions with total freedom through any media outlet; to the artistic, literary, scientific and technical production; to professorship; to communicate or receive information through any dissemination medium. Thus it eliminates any previous censorship and demands it, as a legal guarantee, in order to be able to take over publications or recordings from a previous judicial resolution. The entire body of liberties and guarantees has a limit: the law and the rights of honor, intimacy, self-image, and protection of youth and infancy.

But more than the clear perception present in the great thinkers and in historical moments concerning freedom, “freedom of expression” is stated as a right in the Universal Declaration of Human Rights of 1948 and in the International Pact of Civil and Political Rights of 1966, as specified in each one’s 19th article.

For example, article 19 of the Universal Declaration of Human Rights expresses: “Every individual has right to freedom of opinion and expression, this right includes that of not being bothered because of opinions, that of investigating and receiving information and opinions, that of spreading them, without frontier limitations for any type of expression.”

Freedom of expression presents a double dimension. Practicing it at an individual level increases a person’s dignity and allows such person access to diverse basic information, in order to form objective opinions about different topics. Nothing is more satisfactory than having the liberty of diffusing our perceptions and ideas without fear of any type of retaliation.

A nation in which the right of freedom of expression is respected without any cracks or holes is a nation that progresses in all aspects very quickly. The adequate practice of this right becomes a control mechanism for citizens when facing the abuse of power. This eases it for the political class to know the social discontent, in order for them to introduce adjustment mechanisms necessary for reestablishing equilibrium and justice.

Unfortunately, in our world there are many countries in which practicing this right without any restrictions is no more than an unreachable utopia. According to data from Amnesty International, in 2010 in at least 89 countries there were attacks against its unrestricted practice. The analysis, done from one continent to the next, rings the alert alarm. In Africa, more than 400 journalists have received threats against their integrity in 2013 alone. In Asia and Oceania, many governments shield themselves behind the concept of “national security” for obstructing the free practice of freedom of expression. Even in Europe, cradle of the defense of this type of freedoms, there are still countries that express their reluctance in different ways when confronted on the topic.

Thanks to the globalization of media, in general, and particularly of social media, today it is more complicated than ever to collectively silence when confronted with injustice and abusive situations. It is evident that in any democratic regime the fierce protection of this right should be co-responsibility of the State and the citizens. This is the greatest privilege of living in a democratic country, that of allowing the coexistence of diverse realities, encouraging respect, tolerance and utilizing discrepancies as mechanisms of correcting injustices.

It may seem utopic, but many utopias from the history of humanity have become a reality and have allowed progress unthinkable a century ago. In order to make this freedom an incontestable reality in every corner of the world we have to contribute, each one of us, both in a personal level and in the environment around us, wholeheartedly defending this principle.