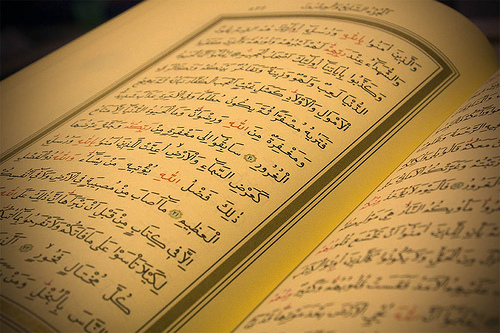 The United States’ Supreme Court’s decision to legalize same-sex marriage in all fifty states has been welcomed as an historic milestone in advancing civil rights worldwide. But in many countries being gay still means death. 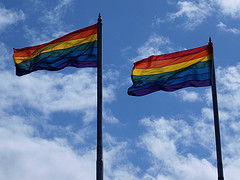 According to The International Lesbian, Gay, Bisexual, Trans and Intersex Association (ILGA) today death penalty on the basis of sexual orientation is enforceable in 6 countries – Saudi Arabia, Sudan, Iraq, Iran, Yemen, Mauritania. In many others, more than 70, imprisonment, torture, kidnappings, extrajudicial killings, rape constitute the punishments enforced by state and non-state actors.

Many of the State-made brutal violations are committed in Muslim-majority countries. However, it is not Islam what has to be blamed: first of all the Qur’an does not teach to persecute gays, secondly not all Muslims are in favour and do not protest against the persecution, and, lastly, it would be strongly wrong to assert that the intolerance involves only Muslim-majority states.

Apparently, part of the problem originates from the wrong interpretation of the Qur’an. The BBC reported that one of Isis’ horrific videos said “this is their punishment according to our Holy Book.” The militants of the so called Islamic State use a special method to kill gay people, throwing them off buildings and, if they don’t die, stoning them to death.

The Muslim community’s reaction to these brutal killings is controversial. Many denounce and dissociate themselves from these atrocities, but also lots are those who sympathise with the purpose, and even with the methods. Unfortunately, Facebook comments such as “I am against Isis but I am totally with Isis when they kill gays” or, “Those dirty people deserve Isis” are a reality (BBC).

But where does all this hatred towards homosexuals come from? According to Dr. Kugle, professor at Emory University, prejudice, sexism, ultra-conservative leaders’ personal agendas are among the main contributing factors. Some people associate being gay to immorality, something to be ashamed, a disease that needs a cure. It is also depicted as an inhuman situation and associated to promiscuous and casual sex, drugs, drinking, a grave sin.

Due to the fact that their condition is defined as “socially unacceptable” and the physical and psychological violence they could face, many gays decide to not speak out. Some also hide to be respectful of their family’s religious and cultural sensibilities.

However the persecution is by no means related only to the Islamic world. Fundamentalist Christians, Jews, both religious and secular individuals are similarly guilty for promoting harmful behaviour towards LGBT persons.

The key challenge to undermine the wave of intolerance and violence is to elevate the voices of moderate Muslim and other religious communities. Even if the progressive forces in Islam are extremely weak, they do exist and need to be supported. The hatred is a product of society rather than religion. Gays, lesbians, bisexual and trans are human beings. Their love must be no longer be criminalised.