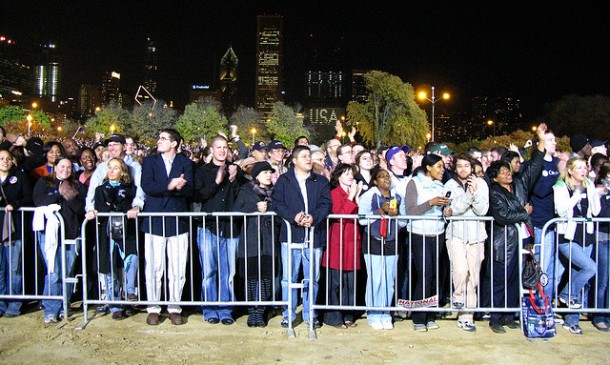 Had you asked any American citizen outside of Vermont a year ago about Bernie Sanders, the response would have likely been obliviousness. And although that may not be the case for multi-millionaire Donald Trump, the idea of him becoming a serious contender for the US presidency seemed laughable.

An Independent Senator from Vermont, Sanders announced his candidacy in early May. With his self-proclaimed Socialism, age (he has recently turned 74), and tough stance on Wall Street and climate change, his chances of beating Democratic front-runner Hillary Clinton in the primaries appear slim. However, “Berniemania” seems to be sweeping over the nation; just last week, Sanders held Boston’s largest Democratic rally in history – a crowd of 25,000, easily exceeding Obama’s 10,000 supporters at a similar 2008 event. His donor support is also astounding – he raised $1.5 million in the first 24 hours of his campaign,  and has since received over 1 million donations averaging $30 each. The “Feel the Bern” slogan is also invading social media through Twitter, Facebook, and Tumblr. 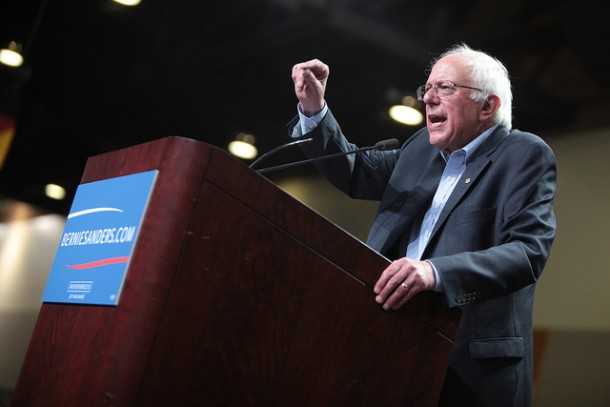 Young voters, minority groups, and dedicated Democrats are all rallying behind Sanders despite rival efforts to portray him as “Crazy Bernie, a holdover from the Woodstock days”.  And although his age may look like an obstacle, his long-term campaigning for peace, civil rights, and LGBTQ rights is drawing those committed to social issues in. In the 1970’s, Sanders published a letter against discriminatory homosexuality laws; in college he attended racial equality and anti-war protests.

“When I was a kid growing up, my instincts always were for the underdog. I didn’t like big kids pushing around little kids” Bernie Sanders

The appeal of his “enthusiastic, intense advocacy” and dedication can already be seen.  Sanders has a narrow lead on Clinton in Iowa (41% vs. 40%), and is also ahead in New Hampshire. Even more impressive – three months ago, Clinton was ahead 52% to 33%. Nationally, Sanders tied with Bush at 44% and led against Trump at 47% vs. 42%. It is not just the general public being drawn in; Mayor Bill de Blasio secretly met with Sanders while weighing an endorsement in the 2016 race. 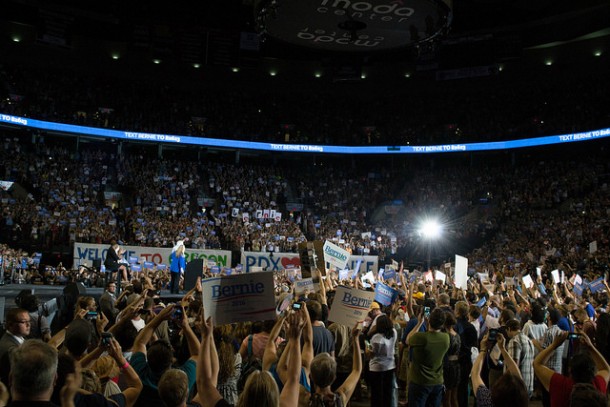 Bernie’s cries against the disappearance of the middle class in favour of the top 1% seem to resonate with the American public. But perhaps his greatest strength is his anti-establishment attitude. These are times of economic uncertainty, international instability, and increasing income inequality (the top 0.1% owns as much wealth as the bottom 90%); the people are tired of “more of the same” from both parties.

This anti-establishment, even radical, outlook is shared by one of the races’ leading Republican candidates: Donald Trump. He is winning polls despite his misogynistic comments on reporters’ menstrual cycles, claims that he “will build a great, great wall and make Mexico pay for that wall”, and dismissals of McCain as a military hero because he was “captured”. In fact, Trump’s apparent war on political correctness is a big factor drawing voters in. His belligerence may be tasteless to the extreme, but some consider it honest; “Trump says what everyone thinks but no one wants to say out loud”. 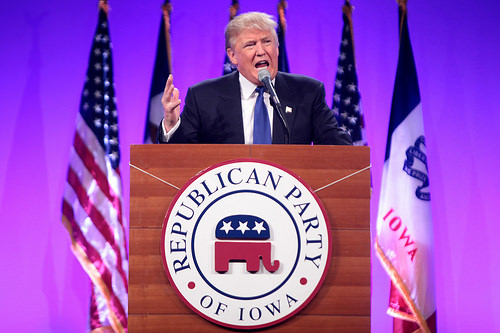 His promises to “make America great again” are undoubtedly appealing to right-wingers. In an average of all public polls, Trump is leading GOP surveys at 23.8%. In Iowa, he runs ahead at 24% with Carson coming in at 19% and Bush at 7%. Although primary polls are rarely a good indicator of later performance, the GOP is certainly gravitating toward the extreme right.

Like Sanders, Trump’s rallies are gaining incredible turnout. His event at a 20,000-seat arena in Dallas was three-quarters full, and tickets to Virginia rallies are sold out. However, a major difference between the two candidates – besides their practically opposing stance on every policy imaginable – is campaign financing. A billionaire, Trump has no need for donors when he can self-fund.

He lent $1.8 million to his own campaign over the summer and only received $100,000 from external sources. What is astounding about Trump’s campaign is that he has little need for funding at all. With all the media attention he is receiving, he has no need to spend on advertisement; it is all being done for him. What better way to gain votes than by making sure everyone knows your name?

“When people feel they are being left out and they are somehow not able to get back into the middle class, that gives rise to a lot of anxiety insecurity frustration and even anger in the political system and we’re seeing that on both sides of the aisle.” Hillary Clinton

Sanders and Trump may never win the presidential election – in fact, some predict their chances at even winning their respective primaries are around 20 to 1. “Early front-runners like Trump often fall rapidly once the contest heats up”. However, this would not be the first case of economic insecurity and frustration with the political system pushing voters toward extremes. These two candidates’ impact cannot be disregarded anymore. Sanders has already brought Clinton further to the left on issues such as the Trans-Pacific-Partnership and LGBTQ rights. Trump’s criticism of the establishment is fueling frustrations with the 16 other GOP candidates. Even if they do not triumph in 2016, their voices will have been heard by a nation. And so if your views don’t align with theirs, it would not be a good idea to vote for Trump or Sanders ironically thinking they could never really win – at this stage, they very well could.